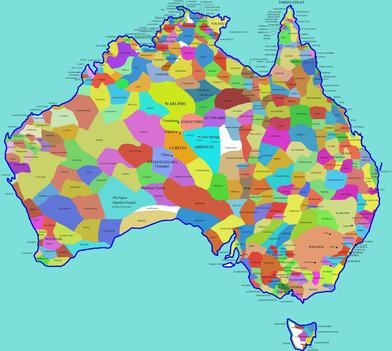 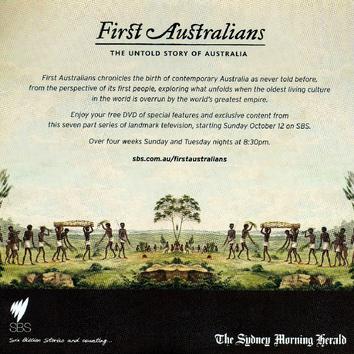 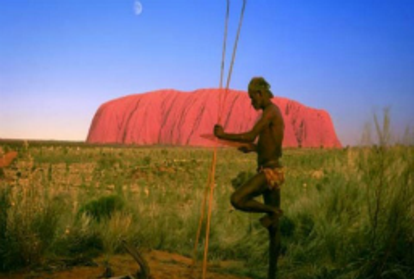 The Untold Story of Australia, the oldest living culture in the world

Click below to view "The Untold Story of Australia"
http://www.sbs.com.au/firstaustralians/​

Our  support of Aboriginal culture has a direct and meaningful  impact to the preservation of this  indigenous community.

As Indigenous filmmakers it has been a priority to ensure the cultural content and the rights of Indigenous people to the respect of this  material is considered throughout. These rights are known as Indigenous Cultural and Intellectual Property (ICIP) rights.

"When SBS first came to ask me if I were interested in doing a major documentary series on Indigenous history I enthusiastically agreed  although I had no idea what it would be. I approached my business partner Darren Dale, and he also readily agreed. All we knew is that i  it would be bigger than anything we had done before.

In making First Australians it has been common for many to ask why hasn't this story been told? The truth is these stories have been told, at  least in print, by the historians we feature in our series. There is more being written all the time and there is a substantial body of work to be  found in good libraries if you have the interest. Although First Australians cannot hope to be as comprehensive as the work of these  historians, it will provide the public (in the comfort of their own homes), a taste of the story that remains to be understood. Hopefully it will  spark national interest in the people on whose lands we have made our homes."

Please click below to view "The Untold Story of Australia"
http://www.sbs.com.au/firstaustralians/

First Australians chronicles the birth of contemporary Australia as never told before, from the perspective of its first people. First Australians  explores what unfolds when the oldest living culture in the world is overrun by the world's greatest empire.

Over seven episodes, First Australians depicts the true stories of individuals - both black and white - caught in an epic drama of friendship,  revenge, loss and victory in Australia's most transformative period of history.

The story begins in 1788 in Sydney, with the friendship between an Englishmen (Governor Phillip) and a warrior (Bennelong) and ends in  1993 with Koiki Mabo's legal challenge to the foundation of Australia. First Australians chronicles the collision of two worlds and the  genesis of a new nation.

A significant part of the process has been consultation with the descendants of those stories we are telling. This has been a thorough  process of;